Theresa has a plan. No it’s not a cunning one. Let’s have a People’s Vote!

There’s got to be a People’s Vote on the final Brexit deal now, hasn’t there?

After months of fighting between the cabinet’s hard and soft Brexiteers, on Friday 7th July Theresa May got them to sign up to an actual plan (all three pages of it!) setting out what Brexit should look like. The following Monday, David Davis and Boris Johnson tried to torpedo the whole thing by resigning, but that doesn’t seem to have worked. So now there is a template for Brexit that the government says it will turn into a white paper and use to start negotiating with the EU.

The government says it wants a deal that includes a ‘free trade area for goods’ between the UK and the EU. To make this work, the UK would commit to ‘ongoing harmonisation’ with EU laws on goods. But this means that the UK will have to follow EU laws without any say in making them: the opposite of the UK ‘taking back control’. 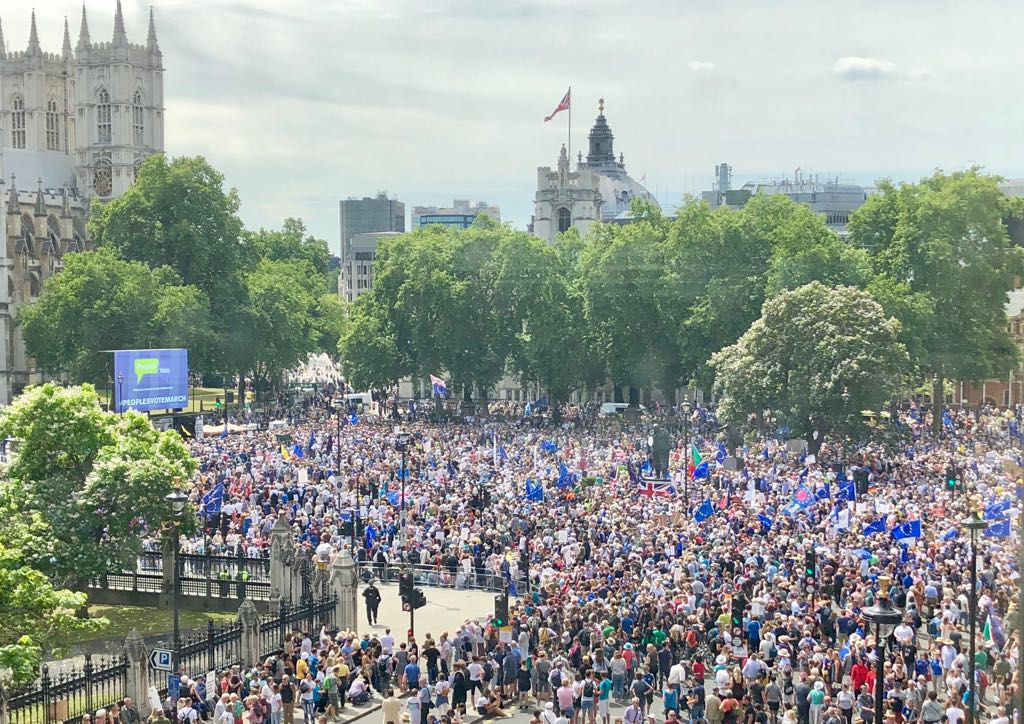 Trade in goods makes up 20% of the economy. The other 80% is services. Services won’t be part of this free trade area. So when we drop out of the single market, our trade in services will take a big hit. This will mean less tax going into the treasury, and less money to spend on the NHS and other public services. That’s a disaster in the making. Over the next few years the NHS will need massive increases in funding, but at the same time the government’s plan will shrink the economy.

The government wants the deal to end free movement of people. Nothing new there. But all that will do is increase the shortages of doctors, nurses and other staff in the NHS, and create chaos in other industries. And it’s important to get the message across that immigration from the EU does not push people born in the UK out of jobs, lower their wages, or reduce their access to public services.

The Labour front bench still can’t or won’t step up on this. The ‘No’ vote in the referendum had more to do with the effects of austerity and UK government policy than it did with the UK belonging to the EU. But Labour’s front bench not only supports Brexit, it wants to go with the sort of ‘have your cake and eat it’ version - the benefits of the customs union and the single market  without free movement – that the EU won’t agree to. The EU has always said that Britain has to take all these things or get none of them. Keir Starmer says ‘it is time for the majority in parliament to be heard’.  But unless the Labour front bench changes its position on Brexit, what could they say?

We need to push parliament to get a people’s vote on Brexit. You can help by signing the petition and joining the People’s Vote March for the Future in London on the 20th October.