A Little Orphan Annie for Brexit

A new year and it is a big year if we are to stop Brexit.  As we wrestle with how to engage with the unengageable, Madeleina Kay from Sheffield aka EU Supergirl has few doubts about the solution.  She tells stories, draws cartoons, sings songs and creates EU adventures for herself and for us all.  She makes the EU fun while never losing sight of her goal. 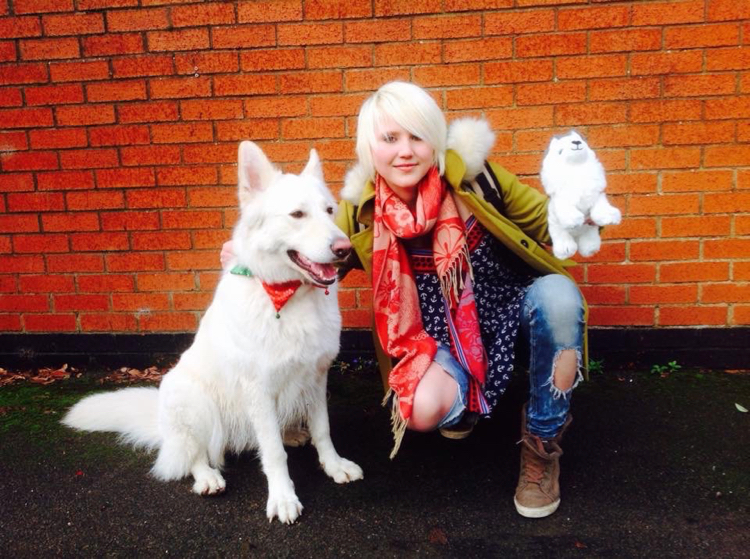 Ben wanted a choice of a song from a musical and some words of encouragement to Remainers for his next show.  I selected "Tomorrow" from the musical "Annie". https://www.youtube.com/watch?v=Yop62wQH498 "The sun will come out tomorrow, so ya gotta hang on 'til tomorrow".  And we must.

This had me rewatching one of my favourite musicals on "You Tube".   Many years ago I saw the stage show of "Annie" in Boston, Massachusetts soon after it first hit Broadway.  I loved it.  If you have only seen the film you may not be aware of the degree to which the musical mixes the story of a little orphan girl and her dog Sandy with the politics of the Great Depression. 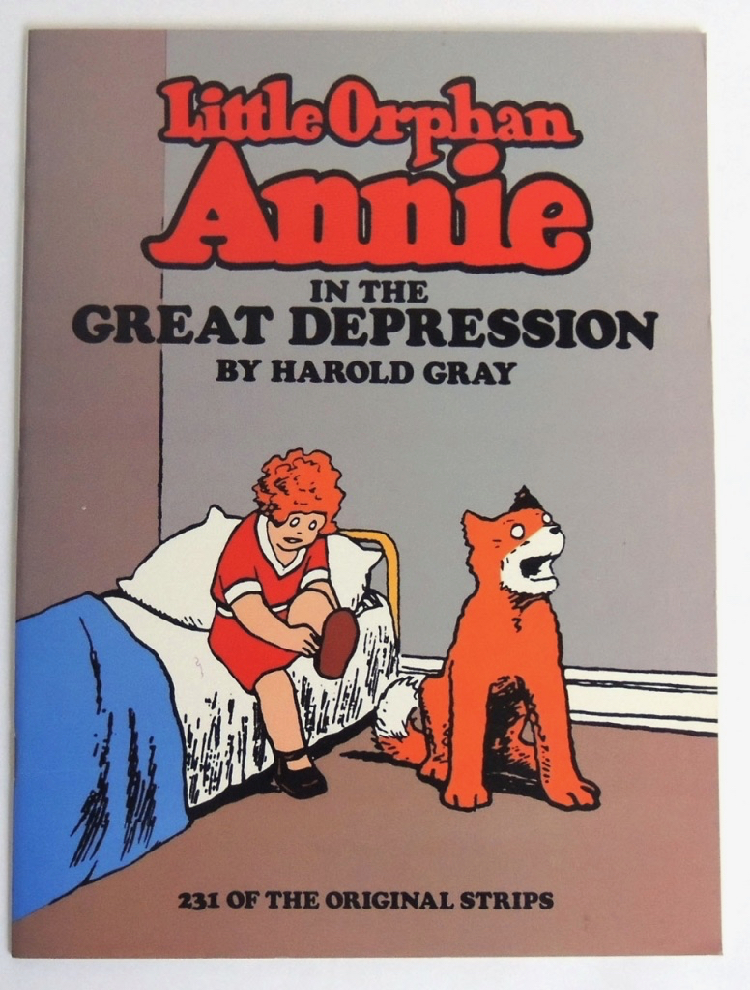 It contains numbers titled "We'd Like to Thank You, Herbert Hoover" about the dreadful shanty towns of the Great Depression in the USA.  Herbert Hoover was of course the president of the USA at the time.  And then close to the end of the show when Annie met newly installed president Franklin D Roosevelt, there was "A New Deal for Christmas".  "Little Orphan Annie", the character upon whom the show was based, was originally a newspaper cartoon strip that featured Annie and Sandy enjoying all kinds of adventures.

Madeleina Kay is not an orphan and she has not been adopted by a multi-billionaire but there are some similarities.  The young campaigner has in her own way turned herself into a political strip cartoon. Those who follow her escapades on social media are rarely disappointed.

Ever busy, Madeleina in October 2017 got herself invited to Brussels to take part in an EU event about journalism.  As a legitimate guest she attended the Brexit negotiations press conference in her EU Supergirl outfit.  She intended to hand over her latest publication to Michel Barnier but was thwarted by over zealous security staff.  The officials decided to eject the fully accredited Madeleina fearing she would physically ambush the meeting between Davis and Barnier.  She found herself all over the media as a result.  It was her big breakthrough.

Other adventures quickly followed.  She was invited onto the panel of BBC Radio 4's "Any Questions".  In December she had arranged a series of publicity events starting at the House of Commons and moving onto Brussels.  At first everything seemed to go wrong.  She planned that her gorgeous dog, Alba Whitewolf, would join her in Brussels and friends took care of the doggy trip.  Travelling separately she missed her train from Sheffield and when at last she made it to Brussels her purse was stolen.  She had to hang around for hours at the cold station late at night and a little frightened until her friends arrived by car with Alba and took her to the hotel.  Our EU Supergirl had travelled with 1,000 Christmas cards from British Remainers to be distributed in Belgium and elsewhere in Europe. 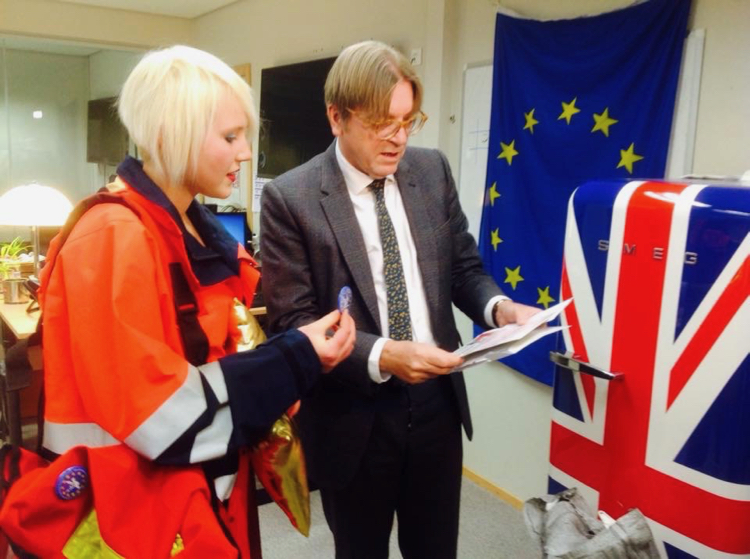 If "Annie" was to spend Christmas with FDR soon after he became US President then Madeleina was to have an encounter with Guy Verhofstadt, the European Parliament's representative at the Brexit negotiations.  Above you can see Verhofstadt reading one of the Christmas cards.

Annie had bright red hair, Madeleina vivid white hair matching her resplendent German Shepherd.  Alas Alba was not allowed entry to the offices and was not there when the long meeting between the two took place and was streamed online.  Verhofstadt conducted much of the conversation in front of his flag bedecked fridge.  It was great value to watch and follow.

All this and much more has kept me and her other followers much entertained and our "EU Supergirl" has become a media Queen.  Her national and international media coverage has been prolific. 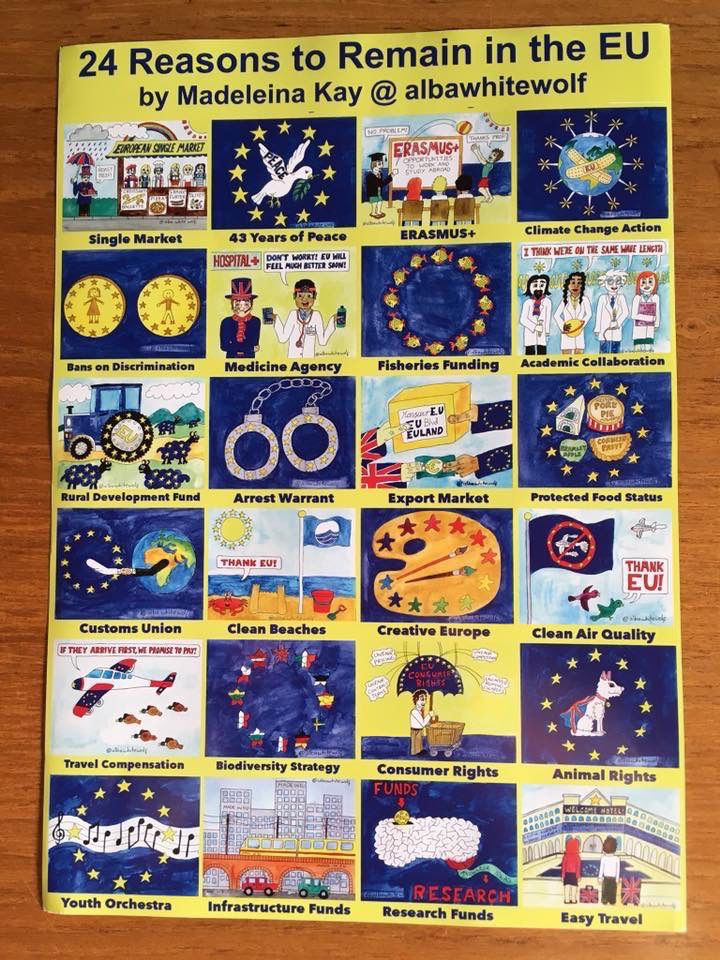 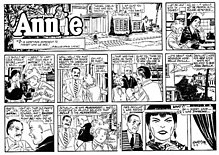 Although Madeleina's most recent incarnation styles herself as a superhero, in practice her cartoon strip style has "Annie" echoes, as does the ever present image of her and her dog.  And the sheer accessibility of her art and music is a draw.  Though what is important is her politics.  It would be easy to underestimate what she is doing and not realise that Madeleina is above all a rising politician.  She is articulate and sharp and better than her elders has noticed that the public turn off from the data and logic based arguments of the mind bogglingly technically complex business of Brexit.

We should learn from all this.  The general public are emotionally involved in Brexit.  While many on the Remain side see it as an intellectual task to persuade people change their mind mostly the evidence is that will not work.  On the streets we in Bristol quickly capture the attention of the more educated and engaged natural supporters, but it is obvious the majority are bored out of their minds.  We have to learn to be interesting, entertaining and bring a sense of joie du vivre to our campaign. 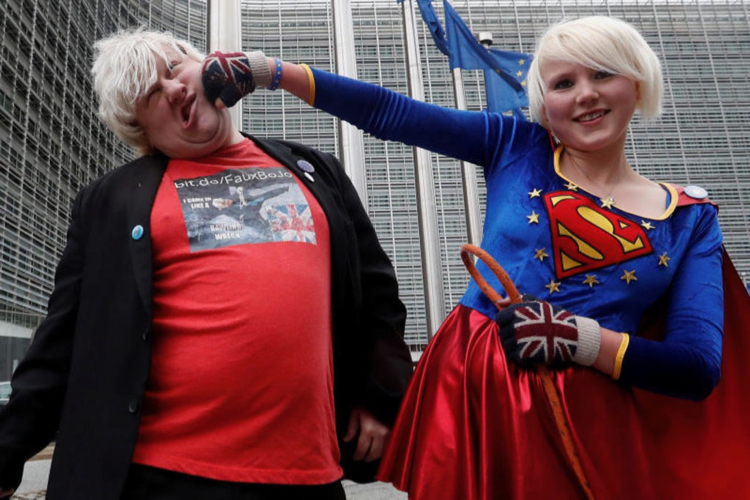 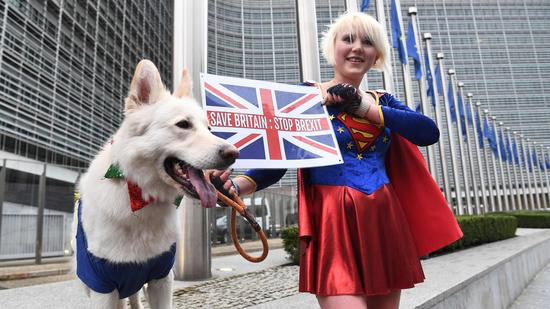 Madeleina has accepted our invitation to Bristol in 2018.  When she and Alba arrive we need to be ready to rise to her challenge.  Be noticed, be different and enjoy our political encounters.  We have a story to tell and we must do it well.