Formal notice is given of our first Annual General Meeting.

Presentation of strategy and plan of work for the next year

Financial Report for the year to 31st July 2017

Election of officers to the Governance Board:

Resolution:  that the annual membership fee should be £5.  (Currently it stands at £1)

Nominations for the Governance Board must be made to Stephen Perry, [email protected], no later than 18th November.

Then please join us for mince pies and good company 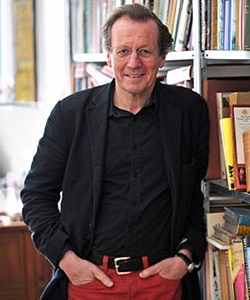 Our speaker for the evening will George Ferguson, the former mayor of Bristol.

We had a surplus of £2127 in our first year of activity.  This is available to provide cash flow for future booking of halls and coaches.

Our primary source of income is from supporter donations.  A large part of these is raised at our frequent street stalls.  They include membership fees and donations related to merchandise such as badges, wrist bands and flags.  We have also received many donations via our website.  The largest single donation we have received is £200.  The great majority of our donations are £25 and under.

We held two speaker meetings and organised coaches for a march in London.  Because all the events sold out we enjoyed surpluses on them all.

Our General Election expenditure was modest, limited by election law.

Our other expenditure relates to street campaign equipment such as stalls, marquee, flag stands and merchandise.  We also have fixed monthly costs related to our database and storage facility.

Since the year end our surplus funds have continued to grow as a result of our successful events.

Surplus on Coach Trip
Three coaches of supporters were taken to the March 2017 London Stop Brexit march. 2) Income from Membership, Donations and Merchandise

Separate records have not been kept of cash income on the stalls analysing monies related to Membership fees, Donations and Merchandise. Many people in giving money do not define what category they are contributing to.

As we do not have a licence for selling merchandise all money received in relation to those goods are categorised as donations.

Surplus on Speaker Event
These events were held in January and July at Colston Hall. 4) Mailing and Database expenses

Initially we used spreadsheets at no cost but, soon as our numbers of supporters spiralled upwards switched to “Mailchimp”, who began to charge a fee once we hit a certain number of supporters. Latterly we switched to “Nationbuilder”, which acts as a database, mailing system and website. The latter costs about £70 a month at current supporter levels.

Of the total of £611 spent, £333 relates to General Election campaign flyers. Other costs relate to flyers used on our stalls at other times or to advertise our events, such as the march in September 2016.

These costs are for three stalls, marquee, flag stands and flags, banners and other smaller items used at our public events.

Since February we have rented a space at a company called Safestore to keep our voluminous quantity of equipment. This costs £65 a month.