“ARE YOU A CLEANER?”, THE BULGARIAN WOMAN ASKED ME.

Last Saturday I was out on the streets of Bristol with my friends campaigning to remain in the EU, as we do most weekends. It was a crisp autumn day in Stokes Croft, and we were squashed into a narrow space in front of Hamilton House. Lots of people were keen to sign up.  I noticed a mature woman, hovering behind them, listening to conversations.  Her body language showed her irritation. She approached me with an accusatory tone:

“You are a Remainer!” 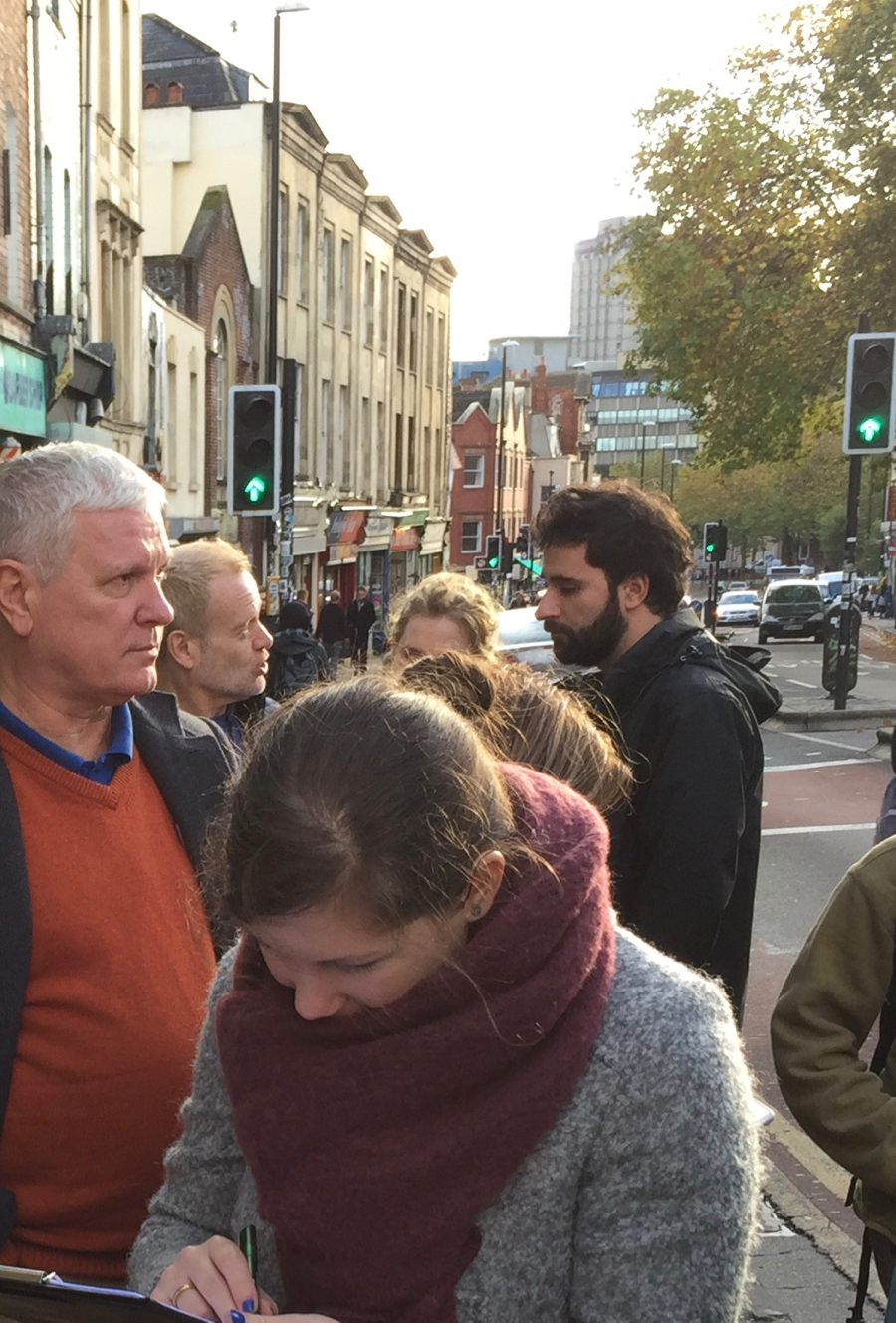 “Then you support austerity and privatisation.  You think us leavers are uneducated and stupid. I'm a writer. Do you know I'm a writer?”

“No” I said, “and I don't think you are stupid and uneducated. I don't know you.   Austerity is a part of why people voted to leave the EU.  It has been a policy of recent governments and has left people feeling left behind.”

She was not impressed by my answer.  She said “I came here from Bulgaria 26 years ago. Britain is not what it used to be.”

I replied “I'm glad Britain is not what it was 26 years ago”.

“So you don't like Britain.”  She tutted, rolled her eyes and sighed heavily.

Undeterred I said “if you ask me if I am ashamed and embarrassed by the direction our government and country is taking, the answer is yes. Do I like Britain ? Yes, I do like Britain. I'm a British European and I'm proud of how we have embraced human rights and fair laws, created the NHS and Welfare State, and of how people like you and my own ancestors came here to contribute to our society and culture”.

I said’ “Yes, human rights - dignity, respect, fairness, and equality. Freedom of expression which you are exercising your right to do now. Since the referendum hate crime in Britain has vastly increased, directed at many minority groups including EU nationals.”

That didn’t impress her at all. “Immigrants! Too many of them . Illegals. Coming here. Look how they use the NHS.”

I launched into a passionate defence of  the EU 's freedom of movement, and the contribution of other EU nationals who live and work here.  Luckily I had facts and figures from the Royal College of Nursing to throw at her.

She dodged all those bullets and continued an anti-immigrant tirade.

Confident she had the upper hand she delivered what she thought was the killer blow  “Would you treat an immigrant on the street ahead of one of your own?”

Indignantly I said “No, I would administer emergency care based on assessment of need and risk.

“Seriously, you would treat an immigrant over one of your own?”

“I would decide who is at greatest risk of further harm or death.”

Now for her coup de grace, “Were you a cleaner in the NHS?”

Ouch. My mother was a cleaner throughout my childhood, holding down two or three jobs to feed me. This was very personal, and hurt.

I blurted out “I have 26 years experience in both the NHS and social care, including mental health, forensic psychiatry, and learning disability services.”

She said “You think I'm uneducated.”

“No. But you are making assumptions about me that are unfounded”.

I said “The EU is my home. I hold its aims and values dear. My British and EU identities are not mutually exclusive.  My mother was a small child in the second world war.  She spoke to me of her distress at seeing enemy planes shot at, carrying someone's son, brother or friend.  I am the first generation in three in my family not to be in conflict with our European neighbours.”

“So you like the EU because your mother said so.”

“No, she taught me the human cost of war. European unity has brought 70 years of peace.”

Through gritted teeth I wished her a good day and good weekend.

She walked away muttering, angrily looking back over her shoulder.

Now the light was fading, my fingers had gone numb and I was shuddering, unsure if it was from the cold, rage, or exhaustion.   How divided our country has become.