I am a German citizen living in the UK.  It worries me how easily propagandists through history use the technique of blaming everything on the enemy.  This construction of “us” and “the others”, the fine mix of half decent facts among a stream of outright lies, the invocation of our own entitlement versus the lavishness of the enemy. We have seen it before. But is there something we can learn from history?  Yes, but it may be hard for the British to swallow. 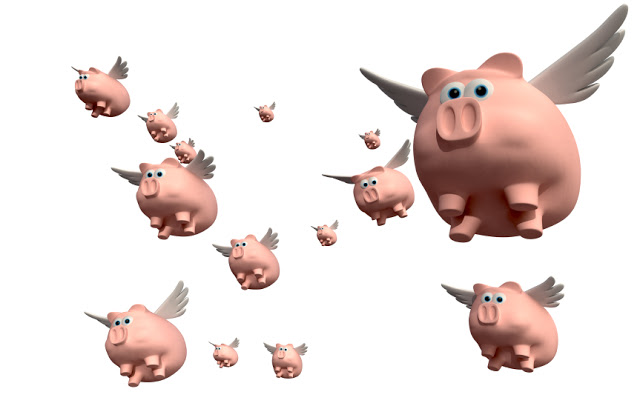 Britain is living an illusion. We are more than a year after the referendum and everything is as unclear as ever. I doubt you could find more than two people from the British public, or from the political parties who can agree on two explicit deliverables in this process that was set into motion a year last June. It is important to distinguish deliverables from catch phrases of which we got an endless stream: “Taking back control”. “It is the will of the people”. “Let us become independent from the unelected bureaucrats”. “Remove the shackles which bind the UK”, just to name the most infamous ones.

Since these phrases are empty at their core, each listener projects their own ideas onto them. The very essence of this propaganda is simple and well known. The first tactic is to establish the culprits - a perceived decline of living standards, cultural erosion or political uncertainty. Throw in to the mix some actual socio-economic issues to create a sense of evidence. Then create an enemy. We’ve got the Brussels bureaucrats and the “bad” foreigners, who are sharply distinguished from the “good” foreigners. The enemy has to be as depersonalised as possible allowing for free projections and unrestrained hate.

The enemy is abstract and not a real person anyway and if we can’t blame it on the enemy who is the cause of all our problems?  Uncomfortably we would need to question our own actions - and who wants to walk down that road?

Thus, Britain is living an illusion. The government talks of a global Britain but the world does not understand the message. Building global Britain on stronger borders, which leaving the European Union surely will deliver, is discomforting. How is “global” actually going to manifest itself?

The threats I describe are in part based on personal experience rather than national statistics. Nevertheless, if I am witness to all of these trends it surely is a worrying symptom. To clarify, in all these cases we are talking about the “good” foreigners the country argues it wants to keep. Yet it will be those highly skilled and most productive workers who will stay away from this country not the “bad” foreigners, whoever they are. Those who can leave are those who have the option to leave because they have highly valued skills. They will stay away because of general uncertainty and because they do not want to be the “good” foreigners. I do not want to be the “good” foreigner. For every good foreigner there will be a bad one and I don’t want to be part of that game.

Similarly, British universities want to recruit more overseas students. They will come only if there is a benefit. The “excellent” fees can hardly be the reason. The excellent teaching most of them can find at home.  If the cultural advantages are perceived as diminished then what is left?

Whether or not the British public believe it, many foreigners interpret the Brexit decision to be inspired to some degree by xenophobia. In the long run this poisoned atmosphere is not going to attract more excellent scientists nor students from abroad.

Within the scientific community it remains elusive what global Britain is going to look like, apart from red, white and blue.