The Brexit referendum was three years ago this Sunday. Since then we've gone nowhere, except deeper into the mess it's made. 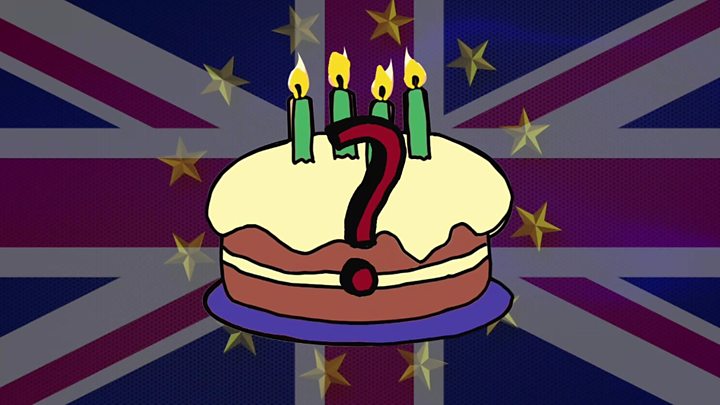 Then, the type of Brexit we were going to get wasn't decided. Now, it still isn't. Then, people thought they knew what was going to happen next. Now, no-one has a clue. Then, no-one mentioned No Deal. Now, the MPs in the frame for Prime Minister say it might be the only option.

Before David Cameron started talking about a referendum, being in or out of the EU wasn't something most people thought about. But after putting Britain through six years of austerity, and making the biggest cuts to public services that we've ever seen, David Cameron decided it would be a great idea to make lots of politicians go up and down the country trying to explain how Britain worked with all the other EU countries to make everyone better off.

Three years ago, because of Brexit, the Conservatives swapped the Prime Minister. Now they're doing it again. They are having an election, but you can't vote in it unless you are a party member. Even though this election decides who runs the country, and even though it's all about Brexit. And after three years, what's the best the MPs in the race can say about Brexit? That we've just got to do it, no matter what. They've given up pretending there's anything positive about it.

Brexit wasn't a great idea three years ago. Nothing we've seen or heard since has made it a better one. Having a referendum with a 'Leave' option, without saying how we'd actually do that, has been a disaster. Not least because it's allowed the No Deal merchants to keep pushing for No Deal, so we're now at the point where that's a real possibility.

Three years of trying to work out how we are going to Brexit has caused enough damage. Going through with it won't stop that. So let's have a referendum where we know what 'leave' is supposed to mean, or let's just scrap Brexit.