Since 2010, the government has done all it can to make immigration to and settlement in the UK as difficult as possible for migrants coming from outside the EU. We have seen extensive restrictions on workers, students and family members, including the infamous minimum income requirement of £18,600 pa to sponsor a spouse or partner, which has led to the separation of thousands of parents and children. Non-EU migrants in the UK without permission have long been unable to work legally but now they may not rent accommodation, open a bank account or drive a car. Unsurprisingly, these restrictions have had a negative impact on all migrants, not just those with no right to be here, and on the UK’s ethnic minorities. As Home Secretary, Theresa May promised a ‘hostile environment’ for irregular migrants and she has not only delivered but has exceeded her commitment. 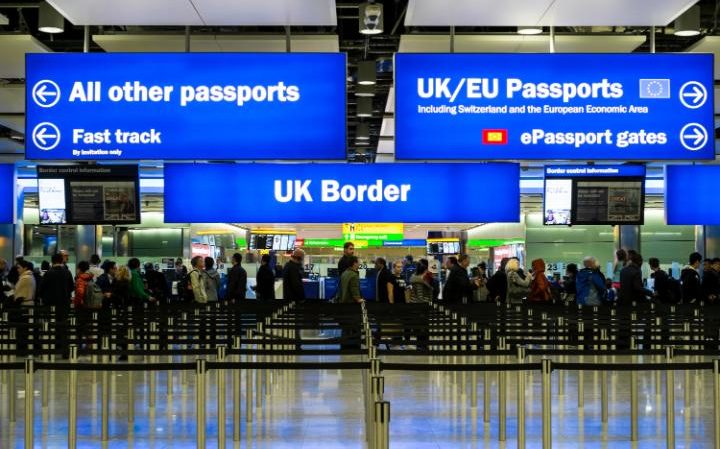 Since the Brexit referendum result, non-British EU citizens have become subject to the same hostility, although, as they are still protected by EU law, there are limits on what the government can do. Still, we have seen EU citizens, resident sometimes for decades, refused permanent residency for flimsy or technical reasons and, in some cases, threatened with removal from the UK. There has been a marked increase in the detention and deportation of EU citizens.

The contents of the leaked government plans for immigration policy after Brexit are not therefore a surprise although the tone is still shocking. The paper talks about our European friends, neighbours, colleagues and loved ones, as if they are of concern only so far as they are of immediate economic benefit to the British population - which, of course, they are, although that is very far from all they are.

In terms of the content, two major themes emerge. Firstly, while the government claims that not much will change during its proposed transition period, the proposals, if implemented, would make a smooth post-Brexit transition impossible. The government remains committed to excluding the European Court of Justice from any determination of EU citizens’ rights during the transition period. This is incompatible with continued membership of the single market and customs union and signals an intention to proceed with the type of cliff-edge Brexit that we know will cause immeasurable economic damage. It is a proposal that will be equally unacceptable to EU citizens who wish to remain or enter after Brexit. They have little reason to trust the UK government without the reassurance of supervision from outside the UK as the British courts would have little option but to apply further changes approved by Parliament even if they breached a previous commitment.

Secondly, the government wants still to have its cake and eat it. The paper itself makes the case for the contribution of EU citizens to our economy and well-being but says its final proposals are subject to a forthcoming report by the Migration Advisory Committee (even though there is already plenty of data available on the benefits to the British economy of EU workers). It is widely accepted that we will continue to need EU workers in all sectors of the economy. What these workers will not have, if the government gets it way, is the current right to stay and settle in our communities, to bring their family members and to be treated as equals. While the paper is sketchy on the specifics, the clear aim is a levelling down so that EU citizens will have the same precarious and conditional rights as immigrants from outside the EU, to exist in the same ‘hostile environment’. Leaving aside the morality, this is not a practical position. Why would EU workers come to fill vacancies in the UK when they can enjoy their status as EU citizens in 27 other countries, without the bureaucracy and the hostility? And the paper does not mention, let alone consider, what all this will mean for British citizens living within the EU who cannot expect to be treated more favourably than we treat our EU citizens.

The dangers of Brexit are becoming more obvious by the day. The immigration argument was always based on fear and misconception, not fact. The government could choose an honourable path, under which it acknowledges that the benefits of free movement far outweigh its disadvantages. Instead, perhaps to salvage something now it is apparent that all other Leave promises will be unfulfilled, it seems intent on indulging the most xenophobic instincts of its UKIP wing, regardless of the cost.

Associate Professor in Migration Law, University of Exeter and member of Bristol for Europe.