It's more than a bad dream

I have a recurrent nightmare.  I find myself on stage in the wings about to make an entrance and I realise I have not learned my lines.  It’s a leading role and despite meaning to do it, I just haven’t learned my lines at all.  Help!  Fortunately for me I wake up each morning to find this is not true.

But our Brexit team are living out this reality day after day after day.  Not knowing your lines as you enter arguably the most important negotiations any British government has faced since Munich 1938 is about as bad as it could get. 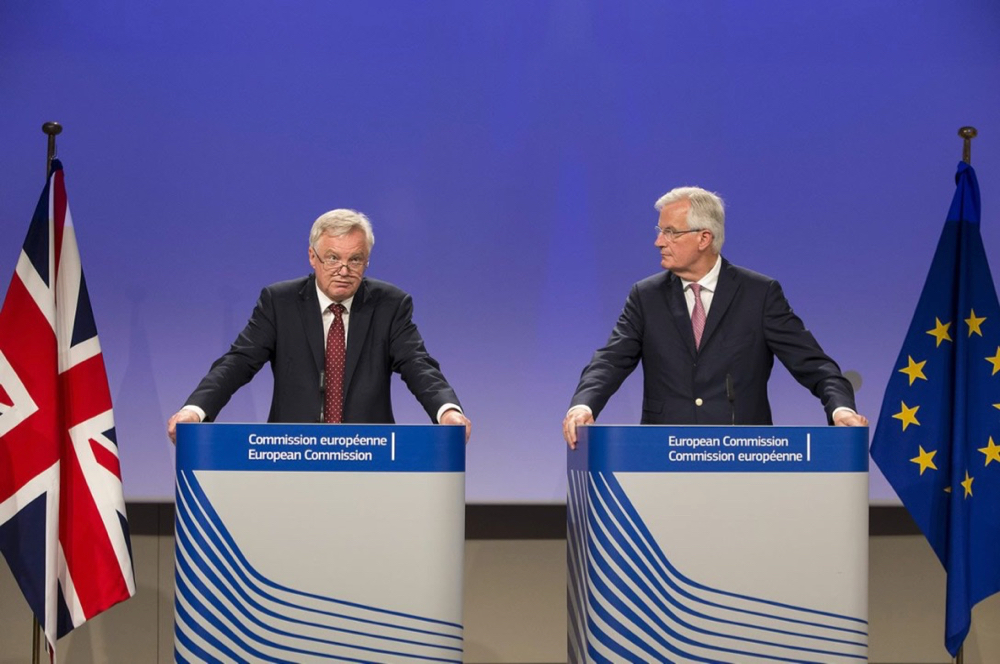 Actors who dry on stage know there are techniques you can deploy.  As you take deep breaths, you stay in character and wait for your prompt or fellow actor to step in or hope that the words will come back to you.  David Davis knows all about this.  All his career he has made things up as he goes along and it looks like he is doing that right now.  For Liam Fox the prospect of forgetting his lines is not his kind of problem.  He already has his own script and repeats the same words regardless of where he is or the circumstances.    It doesn’t matter that your fellow players don’t know where you are coming from.  Just say the same things  at all times.  Say negotiating a free trade agreement with the EU is going to be the easiest ever negotiated. That’ll work okay.

Theresa May is more normal in one respect at least.  Without lines on stage she looks terrified.  She is a picture of discomfort.  She has a few handy phrases when stuck for words and then exits stage right at the earliest possibility.

And you might ask where Boris is.  Boris has never arrived at the theatre.  He has absented himself on another foreign trip.

All of them have a genuine problem.  Nobody has written the script because nobody knows how to write the protagonists role.  As the sacked British Ambassador Sir Ivan Rogers said earlier this year we are looking at regulatory divergence not convergence.  This will be the first time any country has negotiated to weaken its trade links in a free trade agreement rather than strengthen them.  Our civil servants are on completely new territory and they are obliged to write a plot without knowing what the storyline will be.  As a result, this a strange drama playing out where half the cast knows its lines and the other half doesn’t.  The result is everything comes to a halt to the embarrassment of all concerned.

As for the audience, most of the seats are empty.  The public have lost interest and wouldn’t want to listen even if there was anything to hear.  Many of the critics or media are reluctant to give the play bad reviews because it would flout Public Service Broadcasting guidelines.  They find it simpler to turn up at a fringe event starring Jacob Rees-Mogg in his latest Reformation Comedy “The Prime Minister is the Prime Minister”.

I get the chills just writing these words.  I can also feel some empathy for our plucky, clueless team.  They are on stage, fully committed to the drama but whatever they do they can’t make any progress.  It is a nightmare.

All right, I think this metaphor has run its full course.  Time for a new one.  Maybe it has crashed into the buffers…. just like Brexit.