Yesterday, as with most Saturdays, Bristol for Europe were out in the city, signing up supporters and talking to the myriad of individuals who wandered past our two vibrant stalls on College Green.

And as per usual, the majority of those we spoke to were either wholeheartedly supportive or entirely nonchalant, with the occasional strange glance. However, there are often one or two individuals who have something more confrontational and less supportive to say. 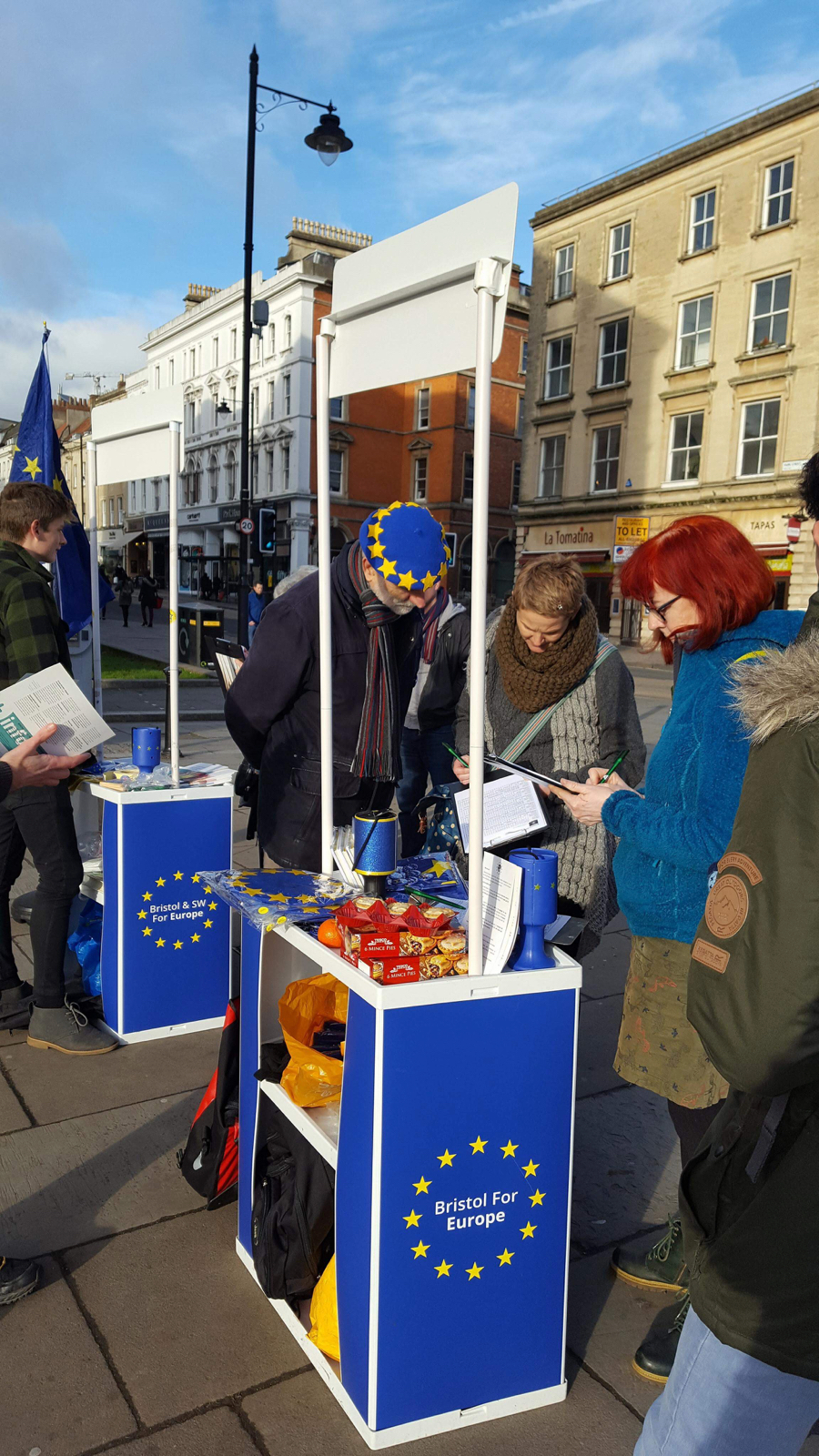 On this occasion it was a gentleman and his friend, who started a conversation by making some comment or another about democracy and the will of the people. As the conversation started to heat up, various pro Europeans working on the stalls that day came over to talk with gentleman number 1.

His arguments were mostly about how undemocratic the EU is, and I replied with my understanding of how the European democracy works, and how, by necessity, it has to differ from that of a typical, national democracy. This was contested by comments about how that is only how it works in theory, and in practice the whole system is rife with corruption.

At this point it became obvious that his opinion was not going to change, so I decided instead to listen to what he had to say, occasionally asking a probing question, only to further understand his grievances.

And through this, we came to a consensus. We both felt that there was a housing shortage, that the NHS was under immense stress, and that the government was doing a horrible job of negotiating with Barnier and the EU. I don’t think this particularly struck a chord with him, but his friend seemed to find it enlightening.

“Even though we disagree we still have a lot in common”.

We then shook hands, wished each other a merry Christmas and went our separate ways. And for me, that is what this campaign is largely about. As we continue to campaign to remain in the European Union - which seems to be increasingly likely as the days go by - it is important to remember that this is a symptom of a far greater disease; the inability to constructively communicate with those we disagree with, creating the huge schism dividing massive swathes of society.

If we can converse reasonably and patiently with those we disagree with and part ways as friends, even after raised voices and wild gesticulation, having learnt something about someone we may otherwise have never come into contact with, we can truly grow as individuals and a society, doing our best to unite our country once more.

Sam Hickmott is Events Officer for Bristol for Europe