A party of twenty six pro-Eu campaigners descended upon the European Commission on Monday 19th March 2018.  There were thirteen of us from Bristol and thirteen from Bath.  Here we were at the entrance to the Commission building. 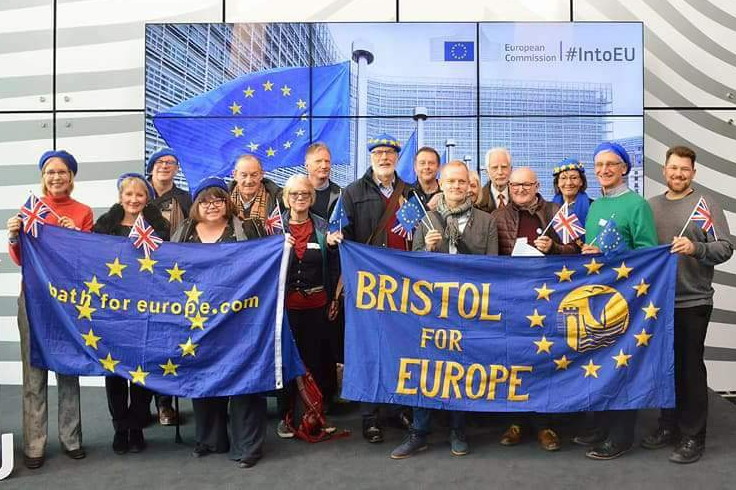 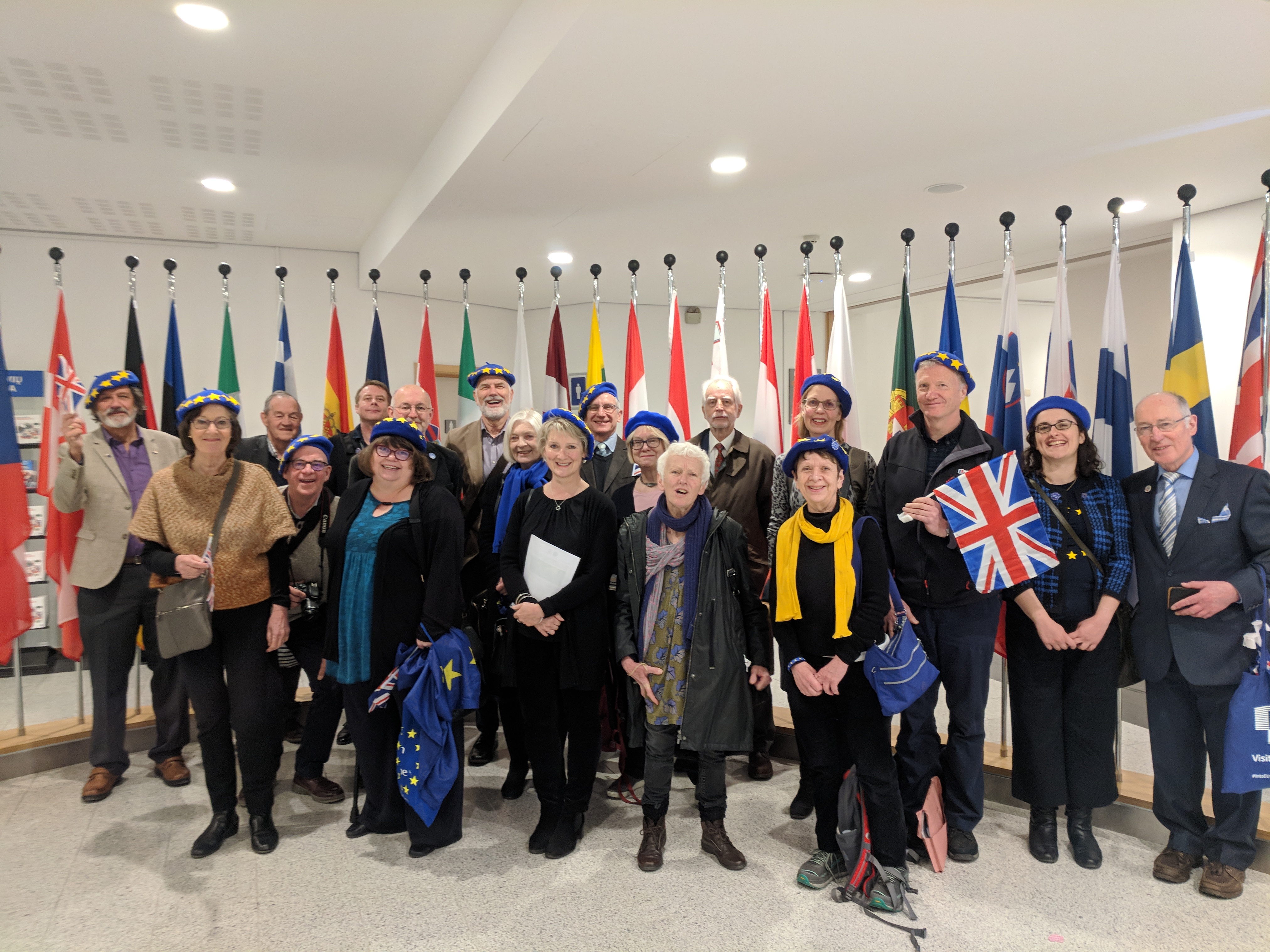 And here we all are at the European Parliament on Tuesday 20th March.

In all we had ten meetings with various groups in the Commission and Parliament, plus two dinners with MEPs and lunch with the "Final Say for All" group led by Steve Bullock who are campaigning to support Brits living and working in the EU 27 countries. 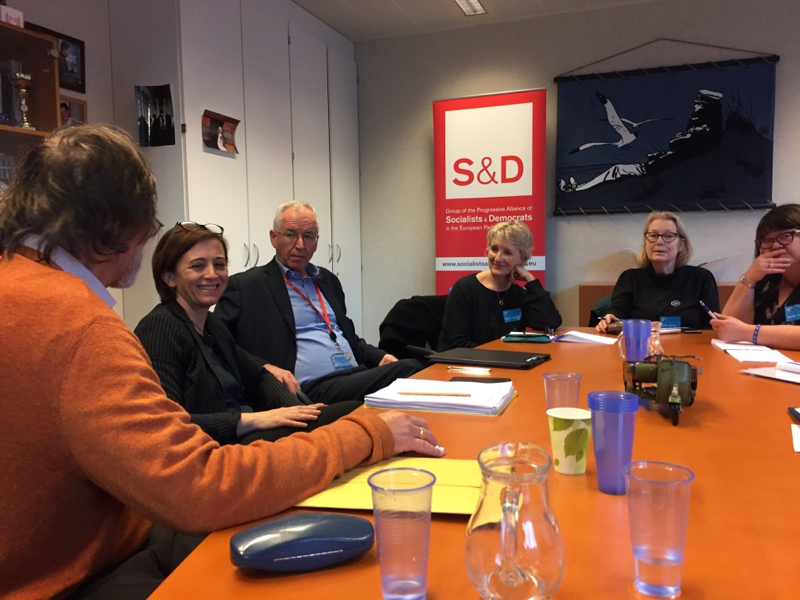 We met with representatives from the Alliance of Socialists and Democrats, the group the Labour Party belongs to. Annalisa Gliubizzi is second from the left, the deputy head of Cabinet for the group. 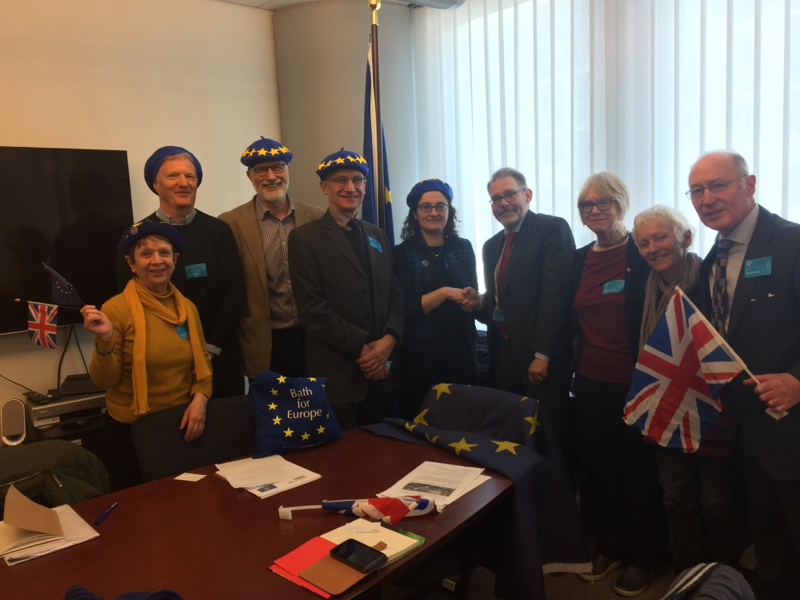 We also met a representative from the European People's Party, the group of MEPs that the German Christian Democrats belongs to and the largest single grouping in the European Parliament.  In the centre is Pedro Lòpez de Pablo, the director for Press and Communications. 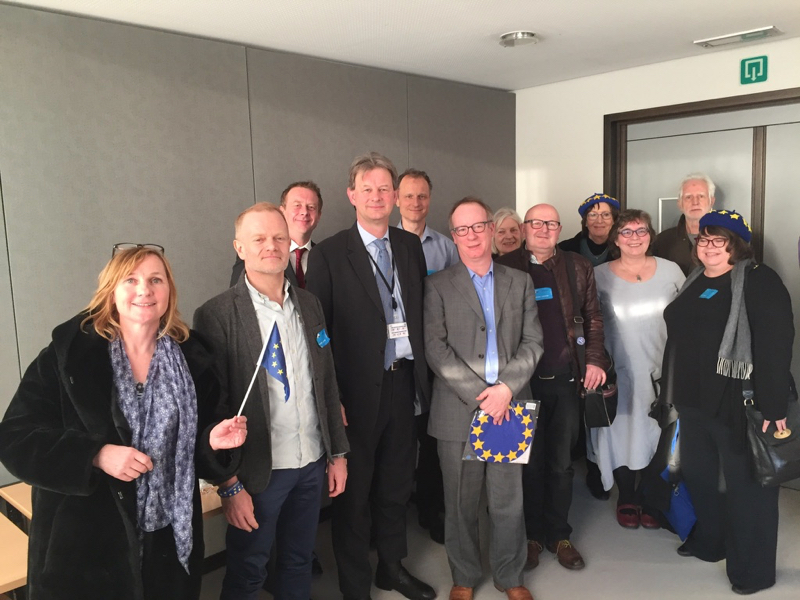 Perhaps the most heavyweight meeting we had was with Guy Verhofstadt's team.  They gave us a tough appraisal on the state of the Brexit negotiations.  Guillaume McLaughlin the chef du cabinet of Guy Verhofstadt can be seen holding the new and as yet unpacked beret. 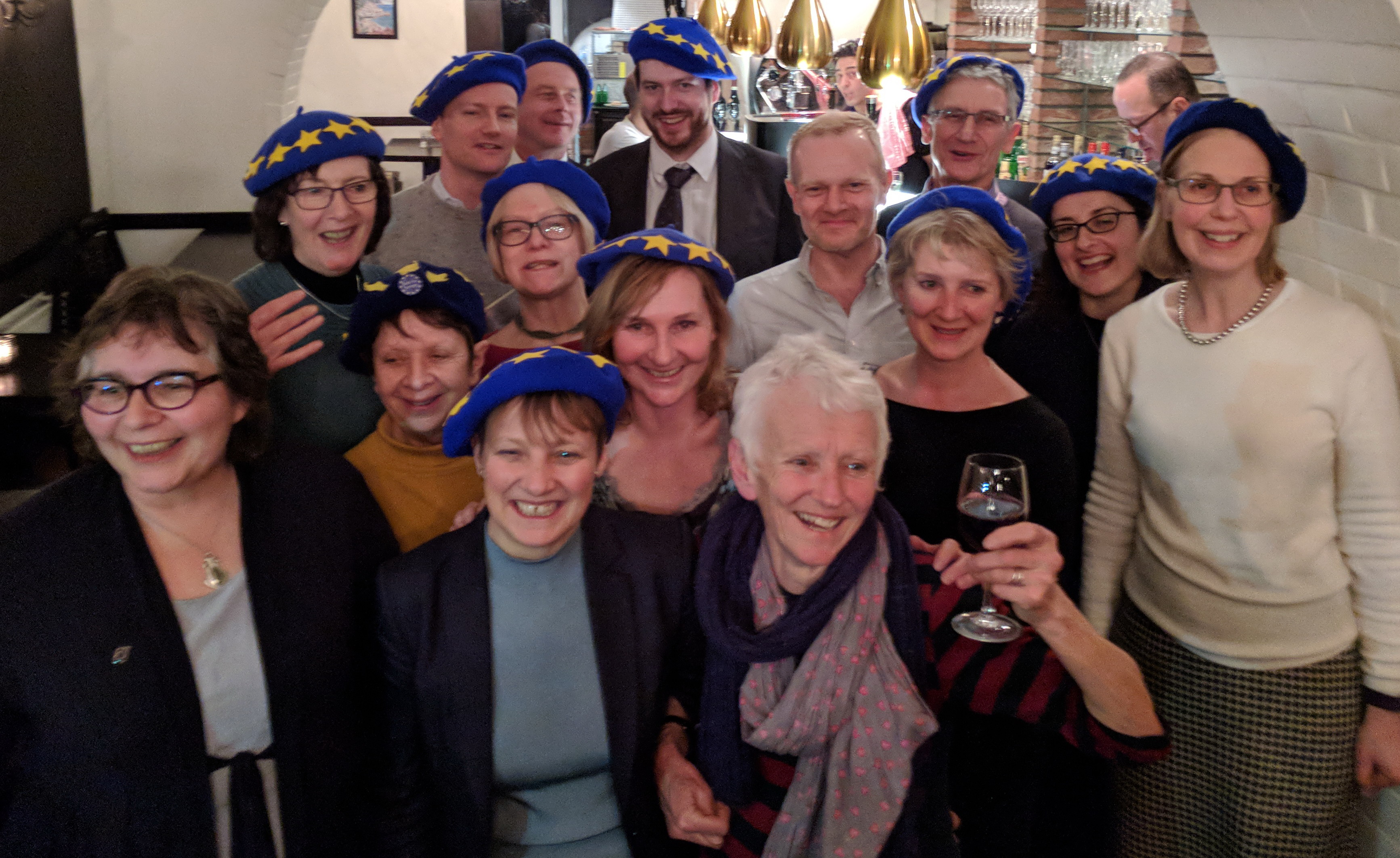 On the Tuesday evening we had dinner with our Labour MEP Clare Moody. 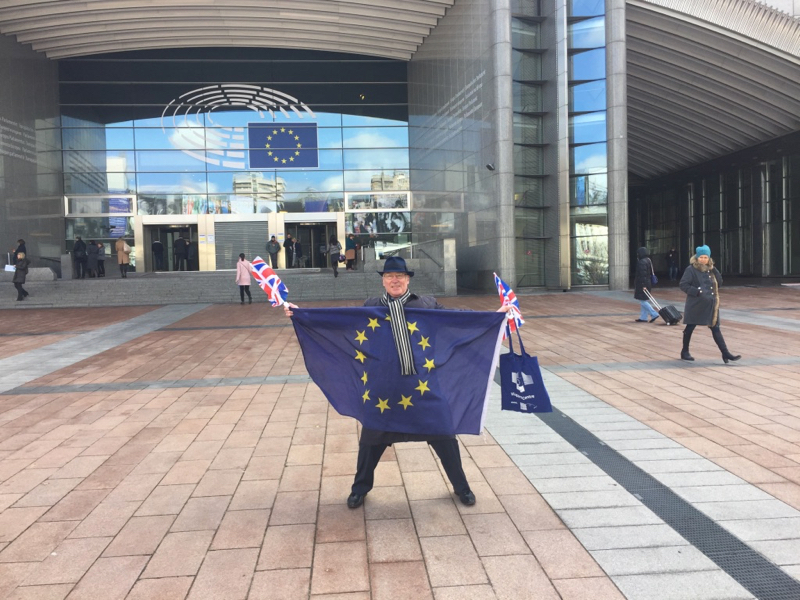 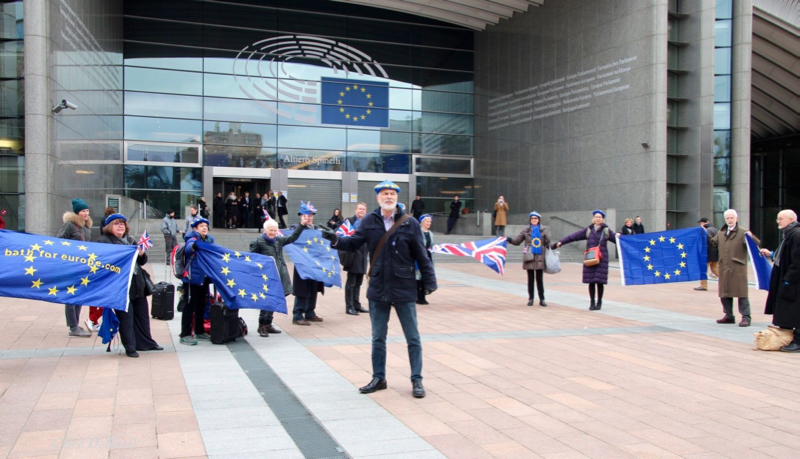 We weren't content just to make our presence known in various meeting rooms. We captured the public's attention outside the European Parliament.

Our host was Molly Scott Cato our Green MEP and she told us we had made quite an impact in our anarchic way.  Everyone seemed to agree it was truly memorable trip. 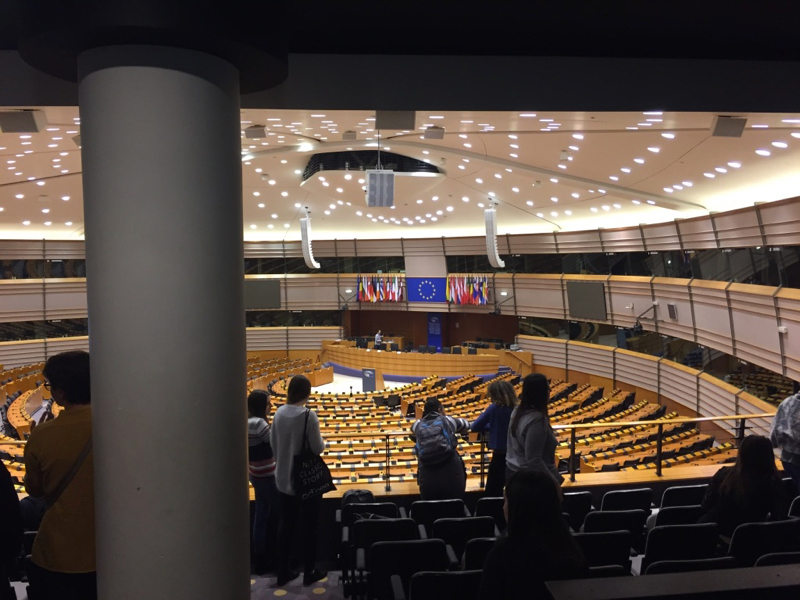