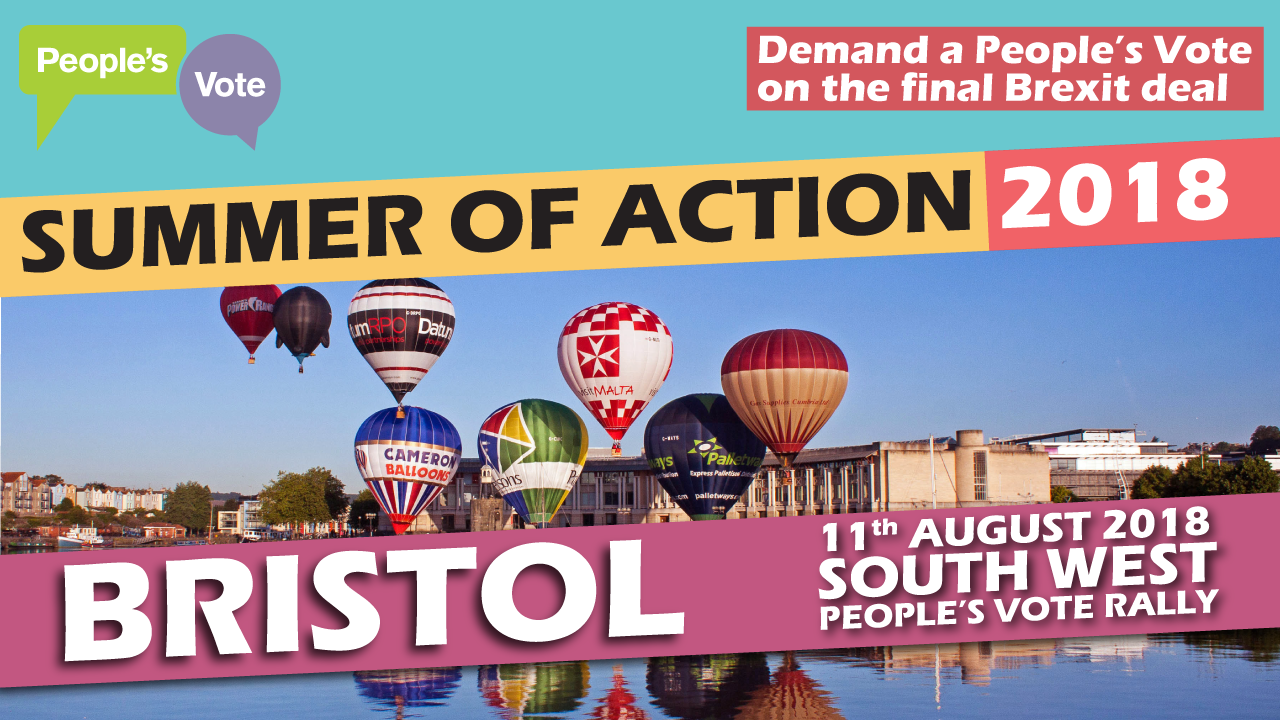 Over 100,000 people attended the March for a People’s Vote on June 23. Since then, almost 250,000 people have signed the petition calling on government to give the people, not just politicians, a vote on the final Brexit deal.

Join the fastest growing political force in the UK, and come and hear from representatives from all walks of life from across the South West of England, joined by leading national political and public figures who will express why they support a People’s Vote on the Brexit deal:

Information will be shared about the People’s Vote, why it matters to the South West of England and how supporters can join the campaign.

Doors will open at 12:30 and close at 1:30pm, with the event itself lasting for one hour (2:00-3:00pm). Please note that this event is standing room only (please advise of any access needs in the registration section).

A bar will be open for refreshments during the event, which will be followed by optional networking drinks.

In order to gain entry you will need to RSVP via the link below. You will also need to bring your ticket and photo ID on the day.